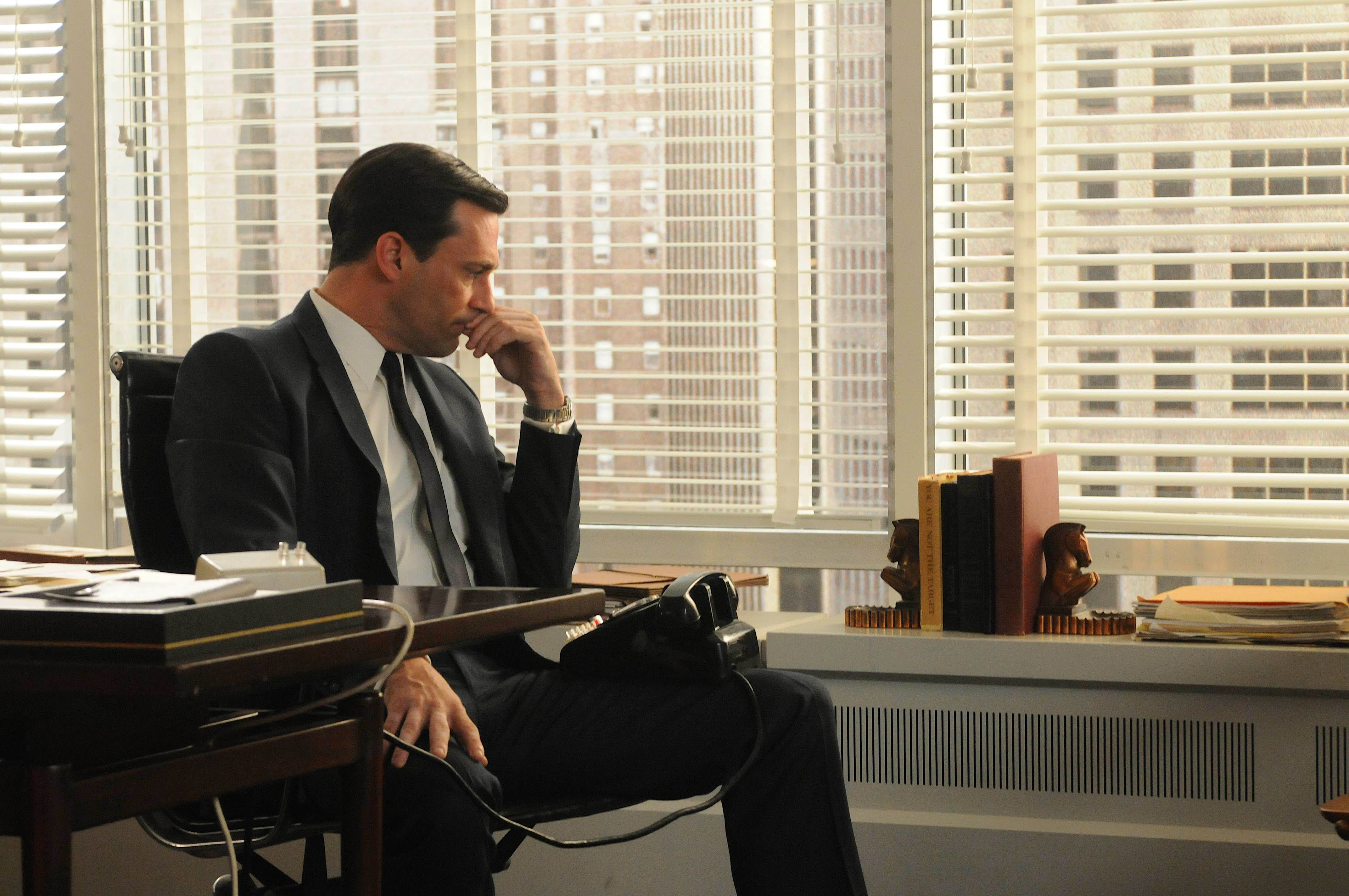 Or, how not to utilize your talent, or its potential

What man would NOT want to be Don Draper? Coming to work late, spending only 5 minutes at a meeting while contributing the best ideas. Taking a three-hour lunch, drinking and smoking in the office and having women chase you, even during work hours. The most successful account manager at the firm, with minimal effort.

The successful USA based AMC TV series Mad Men’s (“Mad” as in Madison avenue, the address of preference for advertising agencies in New York City in the 50’s and 60’s) central character Don Draper, who is generally not a happy guy, but in the workplace, he is the star. He has the most important clients, makes the best pitches that customers love. Makes partner early, and earns big bucks.

What’s the problem then? Well (other than the old-fashioned, male dominant stereotypes), how could Don be even more productive and happier?

Tomas Chamorro-Premuzic, CEO of HOGAN Assessments, in his recent book “The Talent Delusion” points at the rule of the “vital few”. According to Pareto’s theory, which he says he learned by observations first made in his garden, that 80% of the outcome (e.g. fruit) is produced by 20% of the organisms (plants, or eventually people) in a group. In real life, actually sometimes the ratio is even worse, ten percent of the team produces 90% of the positive contribution.

Yes, we talk about identifying these people, if possible early enough. Yes, it is again the good old High Potential (HIPO) identification, but in a right way.

There are several issues with this:

1, Based on my observation made while working with clients, it become quite relevant that most of the HIPO programs simply do not select the right people. It’s either a) organizational politics, or b) the “nice guy effect” (outstanding, popular colleague) or c) simply the person with the greatest amount of time put in, leading eventually to the years spent on the job who makes it to the base of the decision. HOGAN HIPO model can help to find whoever has Leadership Emergence, Effectiveness and who has the right Foundation for leadership potential.

2, Even if selection is made, those contributing the most, and not necessarily contributing their best, maybe do not have enough empowerment / motivation to do so. And certainly, if all those who are worthy are not getting into the HIPO selection pool, they might, with less than minimal effort, still contribute more than average while remaining unnoticed, and are likely to lose their motivation over the long term, resulting in heavy loss for the organization.

Employee Engagement is the extent to which employees think, feel, and act in ways that represent high levels of commitment to their organization. Engaged employees are motivated to contribute 100% of their knowledge, skills, and abilities to help their organization succeed. They care deeply about their company, want to contribute to its success, and regularly have peak experiences at work.

How? A real, engaging leader has clear goals and vision, which reflects not only on its own value and motivation set but on her/his team members as well.  This engaging leader enables the team to perform, creates a positive team climate and an agile and open culture.

Don Draper in the final episode of Mad Man seemed to have found his Nirvana during a yoga exercise. Maybe his boss should have given him time for a sabbatical year, or having more activities like the yoga exercises in the office? Certainly, this would look weird in the 60’s but is totally possible now, to make sure, your talents are not wasted but remain engaged, and eventually, even being happy during work hours.

Previous PostTOP 10 HR related predictions for 2017Next Post2018 State of the (HR) Union a.k.a it’s time for HR to …(fill the blank or Google it)

My opinion about Adam Neumann’s bright side in Forbes

Another opinion of mine in Forbes