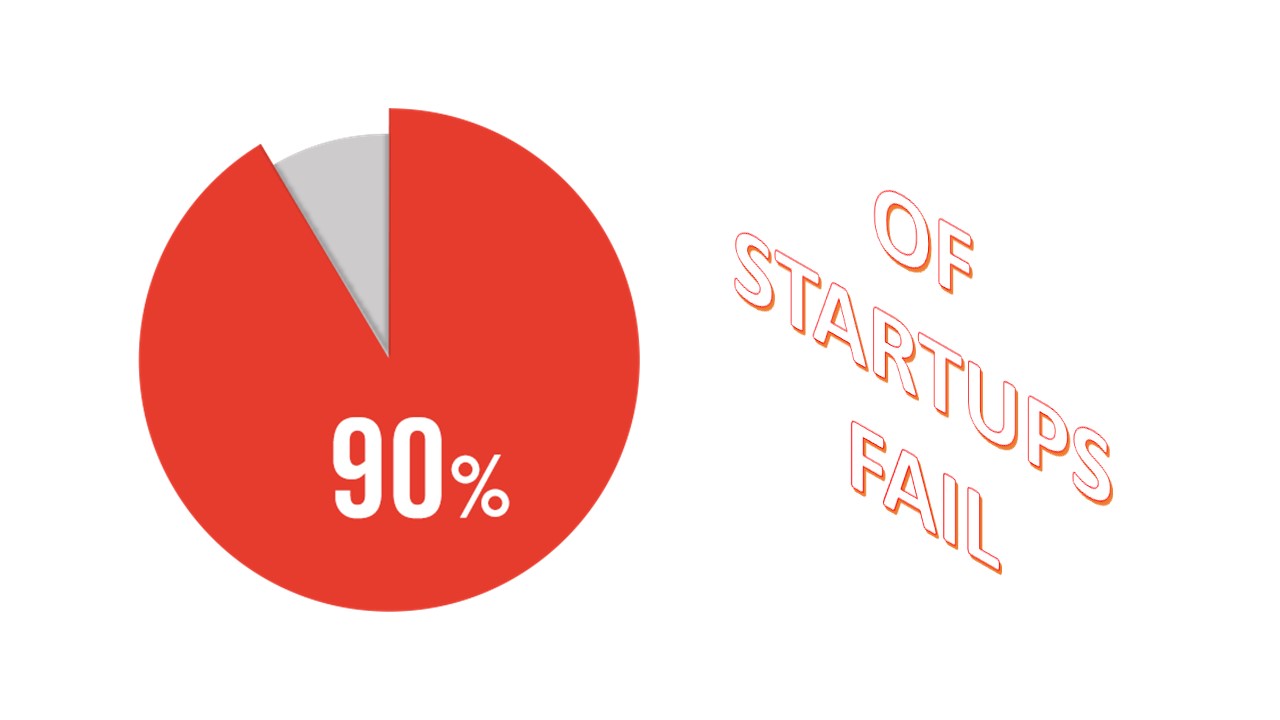 We know this since the pioneering work of Vilfredo Pareto who in 1906, made the now famous observation that twenty percent of the population owned eighty percent of the property in Italy. This was later the basis of the Pareto principle, simply known as the 80–20 rule. He, and other scholars developed this into the “Pareto Distribution” which applied the 80-20 rule to many other aspects of life  which he said was applicable” through any human society, in any age, or country”.

As this principle has been around, and accepted, for over a century, why don’t we try to focus on that top 10% (or 20%) of teams that have a chance to survive or to make it to a higher level?

We don’t because the focus is usually on the wrong indicators, if on any.

To understand the notion and the development process of a startup, we must go back to the 1970’s and the Principal-agent problem (Agency theory) which occurs when one person or entity is able to make decisions and/or take actions on behalf of, or that impact, another person or entity. This dilemma exists in circumstances where agents (company leaders) are motivated to act in their own best interests, which are contrary to those of their principals (company owners/investors). To avoid this, the big hedge fund investors started the practice of hiring top level corporate executives whose compensation is tied to the stock price of the company as a measure of the collective effect of their activities.

This sounds logical so far, right? But what happened is that shareholders of companies began to hire individuals who seemed (!) able to bring a company to a higher level.  The result was the hiring of those with a talent for self-promotion who simultaneously were able to convince the crowd (stock market at large) that they are the ones who can make this company great (again…).

While individuals who are great self-promoters may be able to convince the market but that is a far cry from the ability to run a company successfully, i.e making a profit, and, as a standalone capability it can be toxic. Since Fred Luthans study on leadership effectiveness vs. leadership emergence we know that organization at large tend to promote people who spend their time on networking, and building political relations within the company. The other group of individuals (managers) who are a part of their leadership team which is well performing. These people, who we can call effectives, are often overlooked when the organization is searching for a new leader.

Two things to add to this: it is a proven fact that effective leaders create success. Period. It has also been shown that without the capability to show your results and build relationships (i.e becoming emergent) you are eaten by the wolves from accounting or other departments. The conclusion should be that it’s not enough to select the “leaderlike” candidate; it is just as important to make sure they possess the necessary leadership skills – in other words, not simply an empty suit politician but a real leader as well.

Startups are nothing but accelerated versions of regular companies, since the same story happens, but much faster. There is the same rate of failure, but on a highly visible faster track.

Applied to startups, investors are only interested in reaching the next level. They want to convince the next group of investors that the company is a great buy-out target leading to further incoming investment. For this, they employ Charismatic individuals and disregard real factors and fail to focus on what truly matters: to be an effective leader and organization.

Finally, some signals show that the age of Charismatic Startup Leadership is coming to an end and the market has started to look for effectiveness as well. WeWork almost got to the point of an IPO, but their faults were exposed and their popularity as the “new thing” was demoted, for the same reasons. The investors finally realized what is needed to make a company successful and real metrics need to be applied.

Real metrics and assessments applied such in situations when you select your next CEO or start up investment. Invest in the person who not only says it with 125% confidence but has the real ability to take the venture to that next level.

hrdevelopmentstartup
Previous PostDoes HR need to change in the Digital era? Back to the future, or to the past?Next PostThe Key to Economic Survival: Your Hiring Practices